The market usually does slow down at least a little in mid-summer â€“ a question has come up: is this possible slowdown caused by listing agents continually pushing the envelope on pricing for new listings or pricing to the last, highest, frenzied sale, a move that buyers are now finally starting to resist? It may be, that without buyer demand really slackening for homes deemed â€œreasonablyâ€ priced, we have come to a point, at least for the time being, that buyers are no longer willing to pay new tippet-top peak prices. 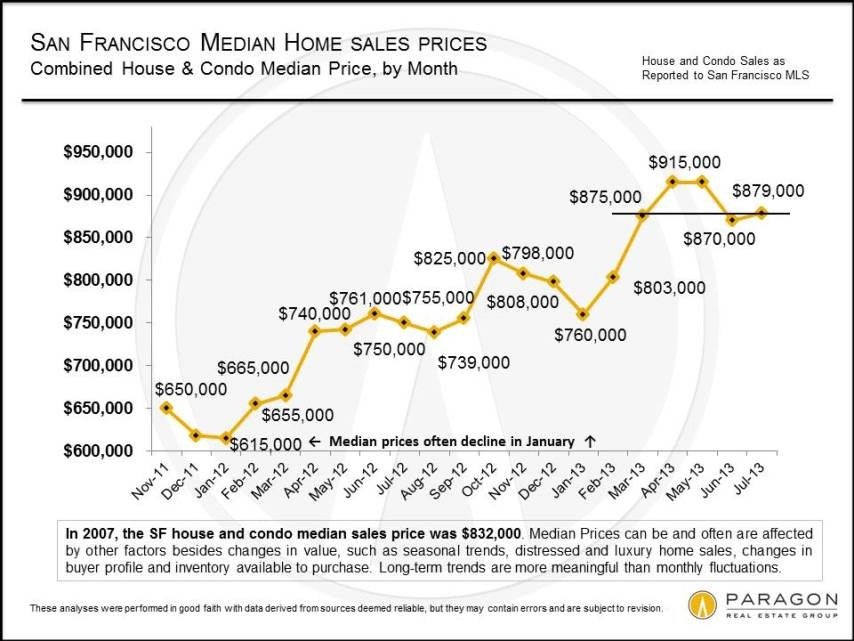 Have prices reached a plateau? Monthly median price stats are subject to fluctuation without great meaningfulness (which is why I prefer quarterly or longer periods), but after the big jump early in the year, the median sales price has been within a 4-5% spread (not a huge spread for monthly home prices) for 5 months, Including a drop from April-May. The idea of a plateau contradicts the recent Case-Shiller Index report, but the Index is about 3-5 months behind current realities, San Francisco is only a tiny part of the Index and the city has outperformed C-S since the turnaround began â€“ having appreciated so much faster than other places, we may be due a flattening of appreciation before other areas. And that also may be true for different SF neighborhoods â€“ since they have rebounded at different speeds, some may be plateauing and others are still appreciating.

At this point, this is speculation and it wonâ€™t be clear for a while â€“ these things only become clear in retrospect â€“ because spring median prices sometimes spike and summer prices drop a little as some of the higher end market checks out for the holidays. And median sales prices are not perfect correlations of changes in market value, being affected by a number of other factors, including seasonality. Anecdotally, we are hearing stories of the market not responding to homes priced at the top (even if â€œjustifiedâ€ by another recent sale), and also stories in which the winning bidder offered a huge amount, sometimes hundreds of thousands of dollars, more than what the second highest buyer was willing to pay â€“ i.e. the winning buyer ultimately paid much more than necessary to win the deal.

The number of expired/withdrawn listings is also increasing, though not to some crazy level yet.

So itâ€™s worth considering, that we “may” have reached a plateau or bumped into a ceiling, transitioning into a somewhat different market. If we are in a transition, the market will be schizophrenic for a while: some buyers acting one way and another growing group of buyers acting another.

Summarizing the charts above and below:

Demand, as measured by percentage of listings accepting offers, is still very high: 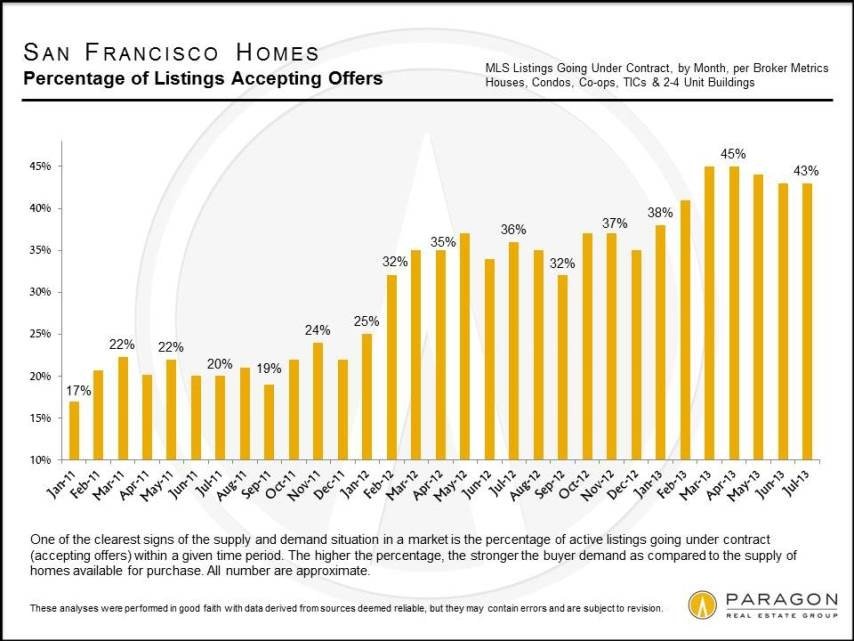 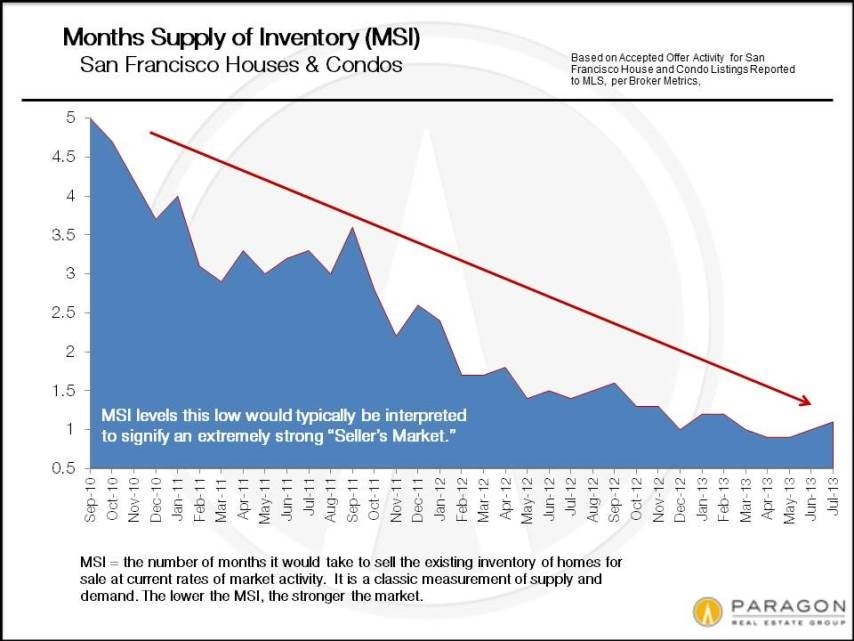 The number of homes for sale is still very low: 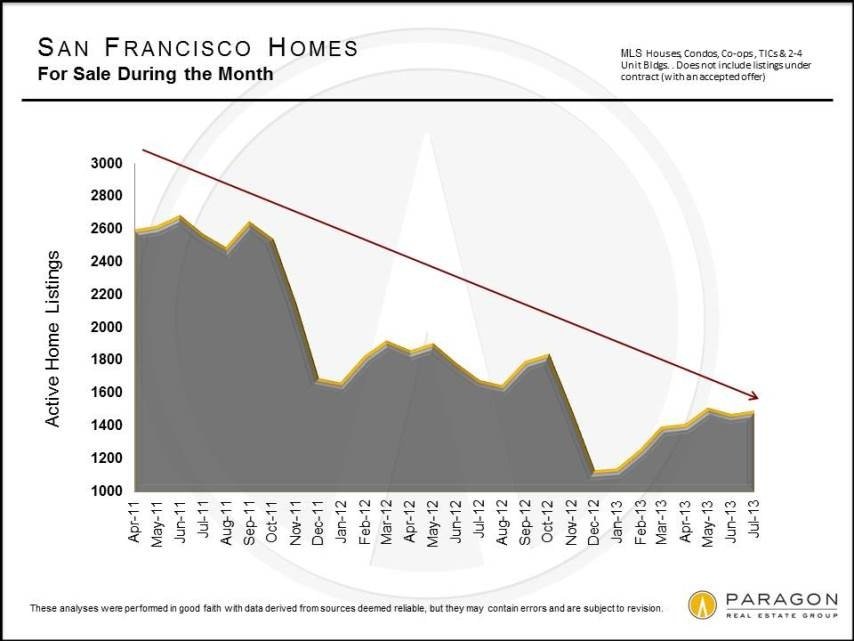 The number of expired and withdrawn listings has been increasing: 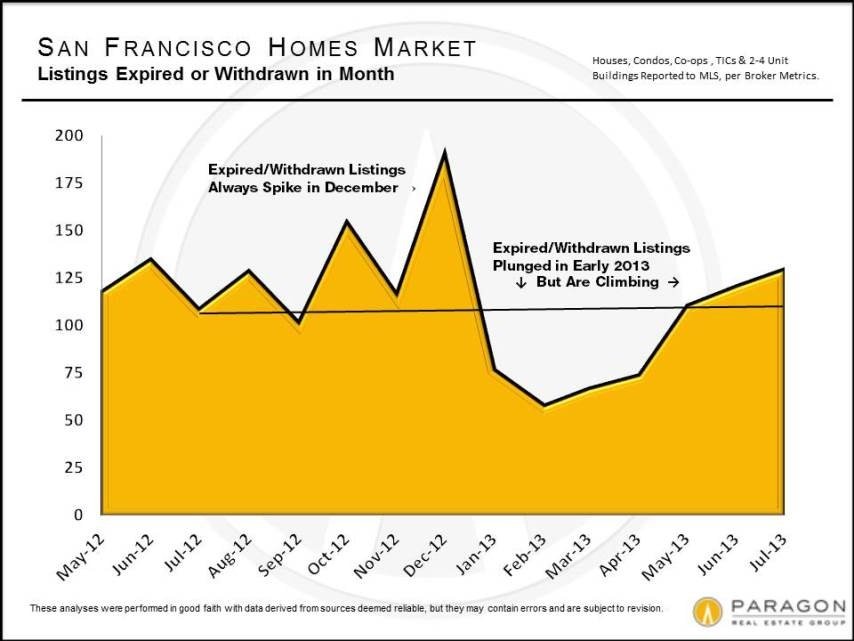 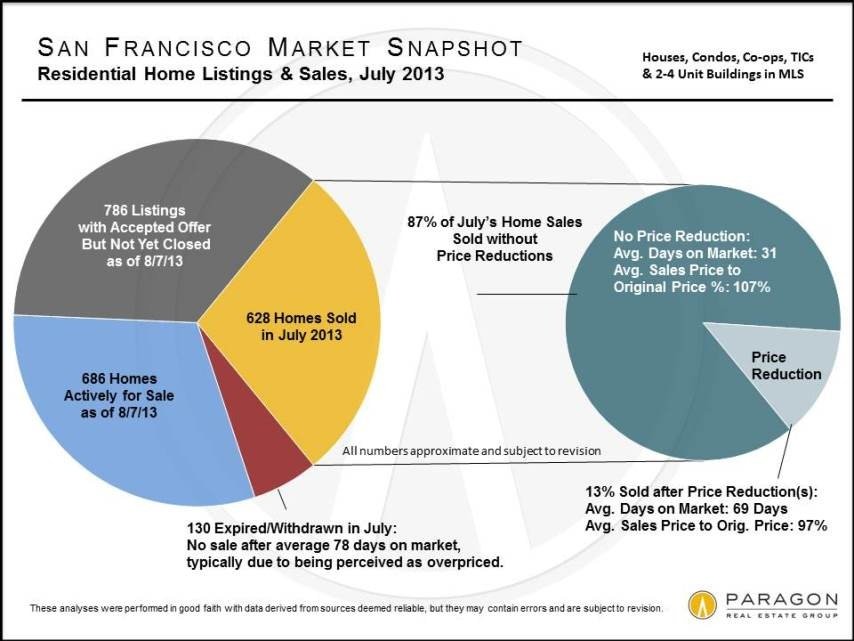